I just realized (HOW is this possible??) that I’ve never written in great detail about this very special tradition we have in our family that started when Maeven was 2  (in 2002). The Birthday Fairy!

Shortly before Maeven’s 2nd birthday I learned about the Birthday Fairy. I explained to Maeven (as best as I could to a toddler) that Mommy just learned about this fairy that comes to children’s homes  (only children! No grownups, sadly) on their birthday, if you invite her to come. Since we didn’t know about her the year before, she hadn’t come for her first birthday…and most people don’t know about about the Birthday Fairy so most kids don’t get to have her come. But since we learned and invited her, she began coming to our family in 2002.

The Birthday Fairy helps make a child’s birthday extra special. She decorates the doorway of the child’s bedroom (in our case, our family bedroom…at least until the child moves to her/his own room) with streamers and sometimes balloons…and also decorates all down the hallway leading to the kitchen, where she decorates the doorway to the kitchen with more streamers (and sometimes balloons) and the area over the kitchen table and especially the birthday child’s chair. She also leaves a small present and a birthday message.

Here’s some examples of the fairy’s decorations over the years:

Something we discovered pretty early on is that The Birthday Fairy was really good at knowing what our theme for the year’s party would be, and would find our already purchased decorations (sometimes we deliberately left them out…but often we’d forget and she’d still find them!) and she’d decorate with appropriate colors and decorations. Example in the album above was the construction party for Tyren’s 3rd birthday. Notice all the yellow and black décor and construction vehicle and caution tape! Brilliant! This is a great help since usually the party is just days after the actual birthday, so the fairy does much of the decorating for us! Thanks Birthday Fairy!!

Over the years, I’ve capture many of these festivities…but apparently I haven’t captured them all, since I just went looking and was alarmed to not have pics of The Birthday Fairy’s visit every year! Oh well, I am sure its all on video…I just am not always good at taking pics when I’m not yet fully awake. 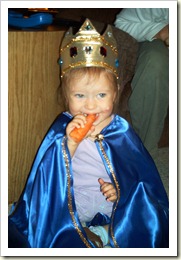 Here’s some memories from over the years…

The first year, Maeven received a special birthday crown and cape from the fairy, which she proudly wore all day long!

This was also the first year of her discovering fairy dust ALL OVER THE HOUSE!! Yes, wherever the fairy flies and decorates, there are little sparkles left sprinkled! At 2, Maeven was just enthralled by this, and I have some adorable video footage of her discovering it and hearing my explanation. I believe I have similar footage of Tyren around the same age, with Maeven explaining the dust to him. I’ll have to dig it up at some point. 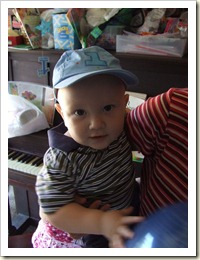 For Tyren’s first birthday the fairy brought him this darling 1st birthday cap. 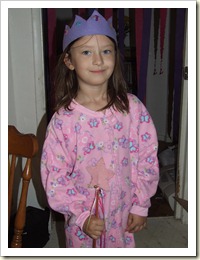 Sometimes the fairy just brings random items she knows the child would like…like the year she brought Maeven a blanket sleeper, felt crown, and fairy wand. 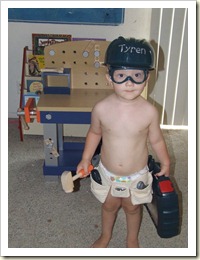 The year of Tyren’s animal party (age 4) , the fairy brought a lion family and a cool birthday book full of animals! 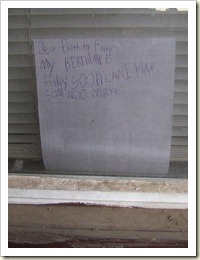 I don’t have great pics of every year’s fairy gifts, unfortunately, and many of the specifics have been forgotten…but the gifts are always well thought out and perfect for the child the year they are given.

Here’s a darling pic of a letter to the fairy that Maeven put in the kitchen window, in anticipation of her arrival (a few days prior to her 6 or 7th birthday, can’t remember which):

Sometime before Maeven’s 10th birthday she stopped believing in the Birthday Fairy (and the Tooth Fairy, and the Easter Bunny, and *gasp* Santa.) So, as happens when children stop believing, the fairy no longer comes for Maeven. And she’s ok with that. She enjoyed the fairy while she believed, and she now enjoys sharing in the joy with her brother when she continues to visit him.

Our whole family has really enjoyed, and continues to enjoy, this special birthday tradition of The Birthday Fairy…Now that you know about her, maybe you can invite her to your house too!