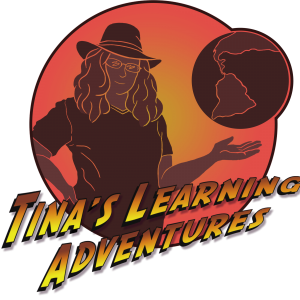 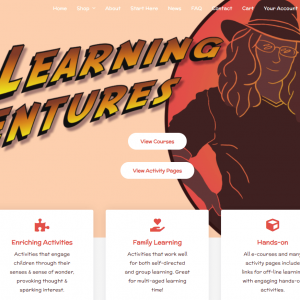 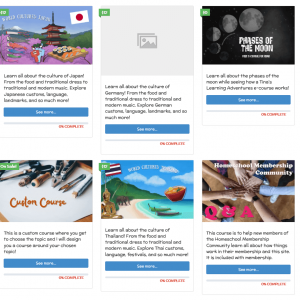 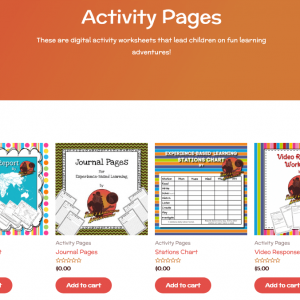 I started this project as “Tina’s Adventures”, and it was a very different project initially. First, it was a local homeschool field trip business. But that business just didn’t take off as I had hoped, or it may be that I just lost interest in the kind of work it required. Probably a combination of the 2.

In an effort to generate more customers (and much-needed income for our family), I tried to take it in a different direction at one point and added local homeschool enrichment classes, and really threw myself into creating what I hoped would be the first of many hands-on history classes. I had ONE family sign up.

So I decided that I just didn’t want to wrestle with trying to get local homeschoolers on board with my projects anymore. It was just way too much work for minimal turnout. This was the last of a long list of failed local projects, and I was just DONE. Local homeschoolers in my area always seem to get super excited for my ideas but just didn’t follow through once it came time to commit to paying and attending the opportunities I put a lot of work into. So at that point, I decided that I needed to focus entirely on online projects and stay away from local ventures in the future.

So I went fully virtual at that point and added the word “Learning” to my biz name (“Tina’s Adventures” became “Tina’s Learning Adventures”) to make it more clear what I was about. This is when I purchased a domain name.

And so REALLY began my online e-courses biz

Tina’s Learning Adventures actually began under another name even before “Tina’s Adventures”…a few years prior, I had started creating some e-courses I called “Noodle Homeschool” as a product on a subdirectory of my Homeschool Realm website. They were interactive e-courses designed to learn more about the countries that the Amazing Race (CBS reality tv series) raced through.

After my failed local ventures, I was looking for ideas for an online business, I realized that “Tina’s Adventures”…and even better, “Tina’s Learning Adventures” worked so much better than “Noodle Homeschool” (“use your noodle” seemed like such a cute catchphrase to me at the time, but later I didn’t like it anymore…)  and easily transitioned to using this name and logo for this product I already had begun making and selling for a while. I just updated it.

The logo was drawn by my (then teenage) daughter. We took some pictures of me in an Australian hat that I absolutely love that my husband owns (and won’t let me live it down that I “stole” his hat for the pic and the profile image I often use. Goofball.) It was supposed to be a sort of Carmen Sandiego meets Indiana Jones feel…with my own twist. We used the actual Indiana Jones font for the title. I really like how it turned out!

I may have gotten the order of some of the details a little confused…it’s been awhile and my memory is fuzzy… but that’s the gist of it.

It’s been a very long road, getting here…and I’m still working on getting all the rest of the courses that I created in a different system moved over to the new (and WAY BETTER) system that I paid for to upgrade all my courses. But I’ll get there.

In the meantime, I also started working on adding a homeschool membership community as well! I have purchased some amazing programs and have some alpha testers helping me create something really AWESOME right now! I’m super excited about how it’s turning out!

Yes, I am definitely ADHD. Finally got my official diagnosis and am working on finding a dosage of meds that will actually help me…but in the meantime…my ideas and creative energy are just overflowing!!

This is the main project I started focusing on in 2020. It is the one that I am concentrating on to help contribute to our family income starting during the pandemic.
It’s become more than just a fun project, it’s become very important to get off the ground and generate much needed extra income for us. Any support is greatly appreciated.